Trashy Little Tramp is the twenty-first episode of the first season of the drama television series, Dynasty on The CW. It aired on May 4, 2018.

FALLON MUST MAKE A DIFFICULT DECISION – When Blake thwarts Fallon's attempts to take the company in a new direction, Fallon realizes that the biggest threat is actually Blake himself.

Blake wants to mend fences with Cristal, but she meets secretly with a divorce lawyer. Jeff and Monica go to their grandmother, who confirms that she had an affair with Thomas Carrington, and that their mother Millie is his daughter. Blake thwarts Fallon's plans for Carrington Atlantic, and fires Michael. Steven brings Hank/Adam home, but Blake refuses to accept him. Fallon visits Claudia looking for incriminating information on Blake, which she uses in a secret meeting with the Carrington Atlantic board to make a case for them to name her CEO in Blake's place. Alexis informs Jeff and Monica that as Thomas' grandchildren, they are entitled to a portion of his shares in Carrington Atlantic. Hank's missing finger convinces Blake that he is Adam, but Hank is actually Alexis' lover with whom she is conspiring to amass enough Carrington Atlantic shares to seize control of the company. Claudia is visited by Matthew, who is alive and vengeful toward the Carringtons.[2]

Alexis [to Hank]: Welcome to Carrington Manor. Oh. Well, your real family's around here somewhere, but for now, this is your father's wife, Celia. I mean Cristal. It’s confusing.

Fallon [to Alexis: about Hank]: And what do we have here, Mother? A new trainer? Boy toy? Hybrid?

Alexis [to Anders]: Cristal was publicly fired two days ago, and now she's the doting housewife? I smell a rat. Or at least a very dirty Chihuahua. 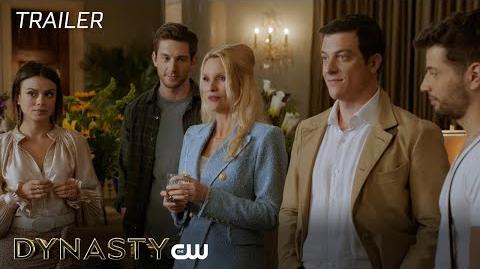