The Sight of You

The Sight of You is the eleventh episode of the second season and the thirty-third episode overall of the drama television series, Dynasty on The CW. It aired on January 25, 2019.

MAY THE BEST GIRL WIN — Reeling from a series of emotional developments, Fallon decides to round up her gal pals for a restorative "girls' trip" to Idaho, but when the assembled squad arrives to the ski resort, Fallon's hidden agenda quickly reveals itself. Meanwhile, Blake enlists Culhane's in recruiting a star player to his new soccer team, and Alexis teams up with Sam to tackle their blues.

Fallon takes a girls' trip with Monica, Cristal, and stowaway Kirby, but her true motive is to see Liam, who is at the same ski resort with his new girlfriend Ashley. Sam arrives and helps the women sabotage Ashley, while Fallon asks Liam for another chance. He is happy with Ashley, and asks Fallon to move on as well. Ashley and her friends confront Fallon and her posse at a dive bar, and the rival groups brawl. A furious Liam tells Fallon he never wants to see her again. Jeff invites his mother to Atlanta for a reunion. Monica, still furious over their mother's abandonment, calls Dominique and attempts to thwart her plans to come to Atlanta. Jeff is disappointed when she does not arrive, or even call. Blake asks Michael to help him secure a famous soccer player for his new team. Michael is able to do it, but his price is a stake in the team. Cristal confesses to Fallon that her ex-husband Mark Jennings may be the father of her baby. Fallon urges Cristal to tell Blake the truth, but she is unable to when he expresses how excited he is about being a father again.[2]

Fallon: Do you even know what snow is?
Cristal: I hear it's whiter than you.

Blake: I want you to come with me. You two speak the same language.
Culhane: Is that the 'black' language, Blake?

Ashley (to Fallon): I was a rebound, but it's funny how easy it is to get a man to fall in love with you when he's been put through hell by a cold, self-serving, self-righteous bitch. I mean, you basically starved him, and now, well, let's just say I'm keeping him very satisfied.

Kirby (to Fallon): Us three are going to take that bitch down so you can take your man home.

Fallon (to Cristal): Don't worry. I won't tell my father that his pregnant soon-to-be-wife laid out a few chicks in a bar fight. Although, it is a pretty killer story.

Fallon: I wish we could leave this mountain ASAP, but unfortunately, Blake has the jet in Belgium, - and it won't be able to get us till morning.
Monica: We can fly commercial.
Fallon: Yeah, we could also eat that mystery meat chili, but we're not gonna do that either. 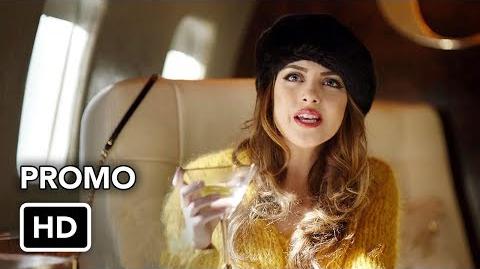 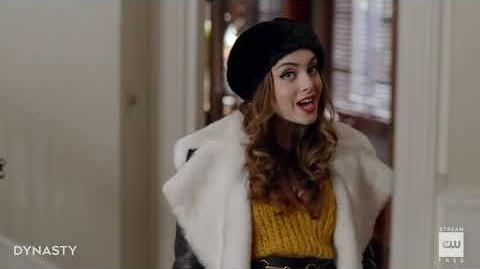 Dynasty 2x11 Sneak Peek "The Sight Of You" 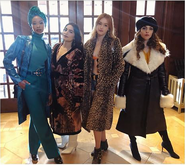 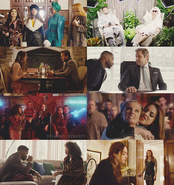 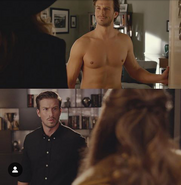 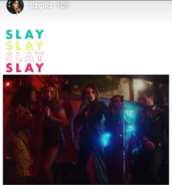 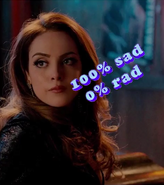