The Gospel According to Blake Carrington

The Gospel According to Blake Carrington is the fourteenth episode of the first season of the drama television series, Dynasty on The CW. It aired on March 9, 2018 as the first episode after Dynasty's move to Friday nights.

A WEB OF LIES — Suspicious that the Colbys may be up to no good, Fallon plays a dangerous game of charades; meanwhile, Steven finds himself unexpectedly channeling his darker side when he tries to help Sammy Jo, and Cristal must cover-up an impulsive mistake that threatens to implode her marriage.

Realizing that she inadvertently put Jeff's spyware on the Carrington server, Fallon and Michael use a dinner with the Colbys to try and access Jeff's own server to erase the data he has stolen. At dinner, Cesil explodes and reveals to Fallon all that Blake has done to the Colbys, which leaves her crushed. Sam tells Steven that he is not a legal citizen, so he cannot explain to the police what really happened with Ted. At Blake's urging, Steven spins the potentially negative publicity by pretending to be Ted's grieving partner. At Ted's hospital bedside, Steven manages to reclaim Sam's missing earring from Ted's belongings, but then Ted wakes up. Cristal receives flowers from Rick, and admits to Blake that they kissed. Aware that Rick is secretly working with Jeff, Blake presses Cristal to get as close to Rick as possible, but she refuses.[2] 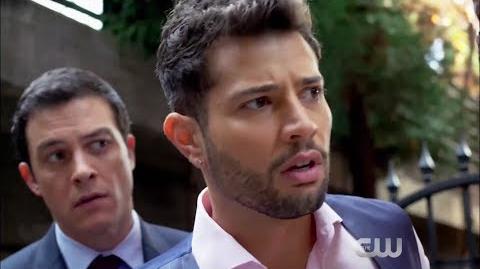