Spit It Out is the second episode of the first season of the drama television series, Dynasty on The CW. It aired on October 18, 2017.

WHAT’S IN A NAME? — When it’s discovered that Matthew’s “accidental” death may have involved foul play, the spotlight falls on the Carringtons themselves. The family must swallow their own suspicions of each other and close rank to defend the clan. Cristal struggles with what it means to be a Carrington, while Fallon begrudgingly helps cover up Cristal’s affair to protect the family name. Despite their efforts, everything comes to an emotional head at Matthew’s funeral.

Cristal is devastated by Matthew's death, while Blake works to distance the Carringtons from him and his possible murder. Jeff helps Fallon delete all traces of the photos of Cristal and Matthew. Cristal proves her loyalty to Blake by relinquishing her keepsakes of her former lover, and staging a diversion for the press at Matthew's wake by declaring his love for her as one-sided. FBI agents arrive at the mansion, arresting Steven instead of Blake.[1]

Cristal: You didn't think to tell me you were married.
Matthew: I didn't tell you about her, because I'm leaving her.
Cristal: (cries) Why would you lie to me?
Matthew: Life's complicated. Lying, lying is easy. You just spit it out, and kick sand over it.

Fallon: Morning, starshine!
Steven: You're chipper today.
Fallon: Oh, just catching up on news.
"Head over heels on Carrington Manor."
"Down goes the bride."
"Carrington PR flop."
Steven: Quick question - is there a cactus where your heart should be?
Fallon: What's up your ass this morning?
(Sam walks in) Hmm.. Never mind!

Sammy Jo: I'm just going to have one more croissant!
Blake: Did you think it appropriate to have a guest over?
Steven: That's Cristal's nephew!
Blake: ...Right...She mentioned that...

Blake: We need to come together to protect our family.
Cristal: You mean our business.
Fallon & Blake: Same thing.

(While walking away, Cristal pushes Fallon into an empty grave)
Fallon: You bitch! You're gonna wish you buried me! 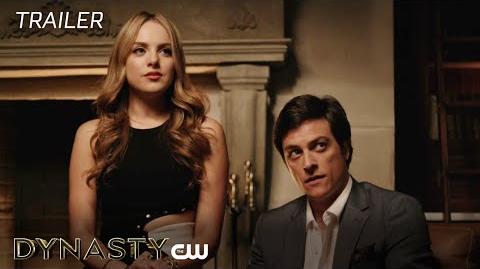 Dynasty Spit It Out Trailer The CW 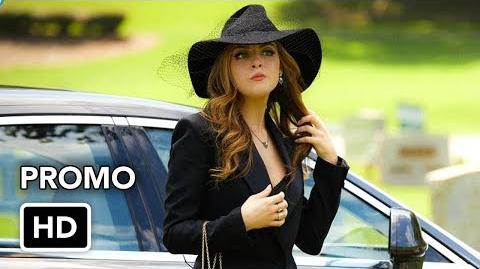 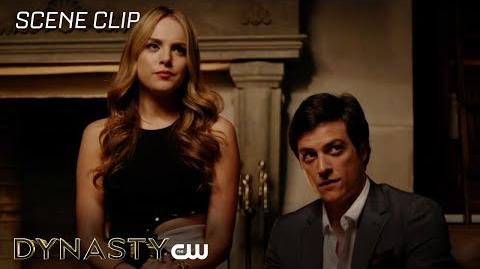 Dynasty Spit It Out Scene The CW 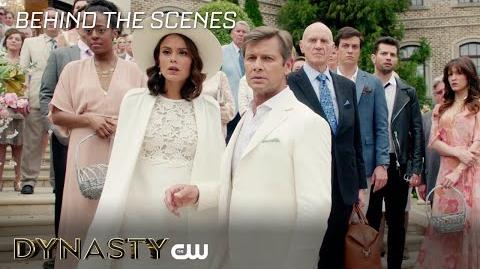 Dynasty Inside Spit It Out The CW

Retrieved from "https://dynastytv.fandom.com/wiki/Spit_It_Out?oldid=33426"
Community content is available under CC-BY-SA unless otherwise noted.