She Lives in a Showplace Penthouse

She Lives in a Showplace Penthouse is the fifteenth episode of the fourth season and the seventy-ninth episode overall of the drama television series, Dynasty on The CW. It aired on August 20, 2021.

CLOSER - With Fallon occupied by her business ventures, Liam is left feeling neglected and Fallon and Alexis are at odds once again. Meanwhile, Senator North continues to be an opposition to Blake's airport so Blake takes matters into his own hands, after receiving advice from an unexpected source. Dominique tries her hand at haute couture and bonds with Cristal in the process. Consequences from Culhane and Sam's actions lead to an unexpected outcome, and Adam left in disbelief.[1] 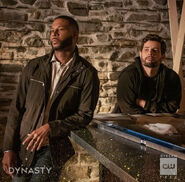 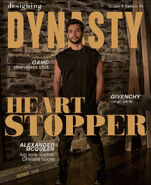