Filthy Games is the twelfth episode of the second season and the thirty-fourth episode overall of the drama television series, Dynasty on The CW. It aired on February 1, 2019.

NEVER SURRENDER — Fallon, after a devastating rejection, tries to prove she is still at the top of her game. Sam tries to become a better person in an attempt to salvage his drifting relationship with Steven. Meanwhile, Alexis schemes to drive a wedge between Blake and Cristal.

Recovering from Liam's rejection, Fallon pulls out all the stops to convince a reporter that she is thriving. Alexis blackmails Tony the gardener into helping her get dirt on Cristal, and when Alexis learns that Cristal is unsure about the baby's paternity, she makes sure Blake finds out. Blake is upset, but forgives Cristal for not telling him. Sam engages a guru, Lady Monk, in hopes of becoming a better person, but Kirby exposes her as a con artist. Michael pressures Blake for more input regarding their soccer team, and makes it clear to both Blake and Fallon that he is no longer at their beck and call. Michael is surprised to find that Blake has hired Fallon to help with the team. Alexis calls Mark.[2]

Sam: Oh my god, you convinced me to wear this ugly-ass outfit and to eat grass. I was about to give you millions.

Sam: Food is just fuel. It doesn't need to be anything more.
Kirby: I get it but I think actual fuel might taste better.

Alexis: Oh, this will work. Seems like our little angel has been spreading her wings in more than one bed, hasn't she?

Alexis: And you know what they say, where there is smoke, there is a liar. 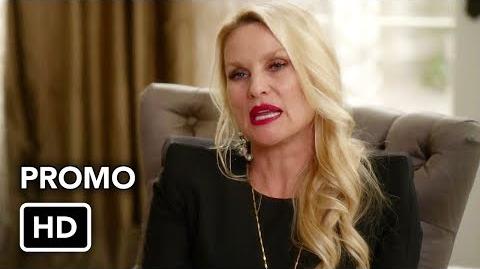 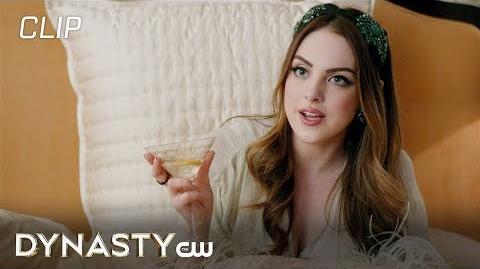