Don't Con A Con Artist is the eighteenth episode of the first season of the drama television series, Dynasty on The CW. It aired on April 6, 2018.

FALLON VS. ALEXIS — When Fallon and Alexis fight for Steven's love, his relationship with Sam gets caught in the crossfire. Meanwhile, Cristal turns her attention to Culhane's family and stumbles upon a terrible secret.

Fallon and Liam discover that Alexis is trying to sabotage Steven's engagement, but he refuses to believe them. Cristal puts the Carrington resources behind helping Michael's ailing father. Blake informs the staff that Alexis is unwelcome, and that anyone who helps her will be fired. When Anders tries to dissuade him, Blake fires him as well. Fallon manipulates Alexis into confessing, but Steven is more mad at Fallon for endangering Sam. Alexis admits to Steven that she spent all of her money trying to find Adam, Alexis and Blake's kidnapped first child. Upon being rehired, Anders warns Blake that Michael's father's illness is tied to an environmental scandal that Carrington Atlantic covered up.[2]

Fallon: Oh, this is sad. Hiding her valuables like a paranoid, underprivileged squirrel. 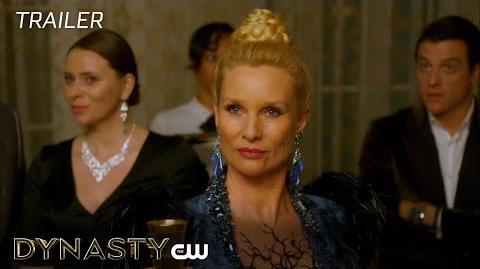