But I Don't Need Therapy

But I Don't Need Therapy is the fourteenth episode of the fourth season and the seventy-eighth episode overall of the drama television series, Dynasty on The CW. It aired on August 13, 2021.

PATIENCE IS A VIRTUE - Dominique is disappointed in the sales for her new business and Jeff advises her to remain patient, but Dom has other plans. Fallon and Sam are faced with a very difficult task. Kirby wants to jump back into modeling, ignoring the concerns of her friends. Meanwhile, Adam turns to drastic measures to impress the hospital board. Blake takes Cristal on another adventure, determined to get what he wants. Lastly, Culhane and Sam receive a surprise.[1] 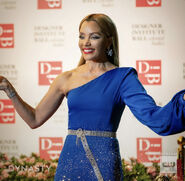 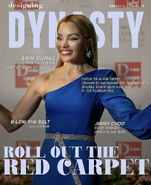