A Public Forum for Her Lies

A Public Forum for Her Lies is the eleventh episode of the fourth season and the seventy-fifth overall of the drama television series, Dynasty on The CW. It aired on July 23, 2021.

MY WAY - A Fallon prepares for her impending IPO, she reluctantly turns to Blake for help. Anders confronts Alexis and about her machinations and Anders regales her with his plans for retaliation. Meanwhile, Sam and Culhane hit some roadblocks in their new partnership. Dominique receives a potential break in her fashion career. Lastly, Adam becomes frustrated with Cristal.

Alexis: Oh, I didn't expect you to join me.
Anders: Well, I didn't expect to go bald, but these things happen.
Anders: I hope you called me here to tell me that Oliver is halfway around the world.
Alexis: If by "the world" you mean "this hotel" and by "halfway" you mean "six floors up"? Yes.

Adam: I can't do this anymore. Come home with me or.. or we're done.
Kirby: Well, I'm staying, so I guess we're done.

Blake: Not so fast. Look, he'll do whatever we say once you whip out Blake's favorite tool.
Fallon: You hear how that sounds, right?

Blake: Well, sometimes all you need is a little luck.
Fallon: Luck? Luck you.

Alexis: I like my caffeine ethical.
Sam: As opposed to the rest of your life?

Cristal: Dominique. Hi. Um, this got delivered to the main house for you.
Dominique: And you're delivering it yourself? Should I get the bomb-sniffing dogs?

Cristal: You played a big part in getting the manor back from Alexis and I'm grateful.
Dominique: Don't mention it. She was a horrible landlord.

Fallon (to Blake): Just makes it sound like I'm some sorta of diva who's impossible to work with - Amir, why would I want a cake pop? I'm not six. - Which is obviously not true.

Alexis: They always say the first thing to go is the memory. Card.

Dominique (to Kat): I'd suggest calling the fashion police, but they'd probably arrest you for bad taste.

Candy: Let me guess. You were a TriDelt at Princeton?
Fallon: Nope. Just a regular bitch at NYU.

Candy: You're so lucky. To be old and make your own decisions.
Fallon: Totally. #OldAndBlessed. 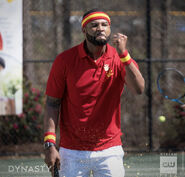 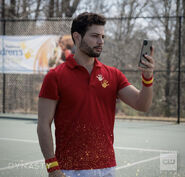 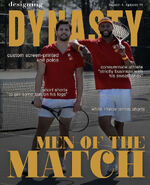