A Good Marriage in Every Sense

A Good Marriage in Every Sense is the eighteenth episode of the fourth season and the eighty second episode overall of the drama television series, Dynasty on The CW. It aired on September 10th, 2021.

ELIZABETH GILLIES DIRECTS - Blake continues on his quest for the Senate and turns to someone very unexpected for help. Fallon continues to learn more about Amanda with the help of Sam and a reluctant Adam - and finds out all is not what it seems. Cristal gets a surprise visit, with life-changing results. Jeff and Dominique can't see eye-to-eye. Meanwhile, Kirby continues on her healing journey which results in quite the surprise. 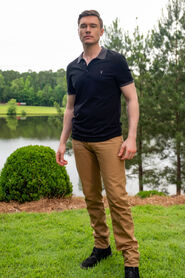 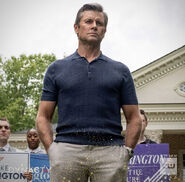