A Champagne Mood is the tenth episode of the second season and the thirty-second episode overall of the drama television series, Dynasty on The CW. It aired on January 18, 2019.

THE THINGS WE DO FOR FAMILY — In the wake of a horrific accident, Culhane desperately needs Fallon's help and protection, while she needs to process the sheer weight of his lies. Meanwhile, as Blake shows no shame in using family to promote his own self-interest, Cristal is reluctant to reveal a big development.

Jeff recuperates at Carrington Manor in a hospital-like room set up by Blake. Michael confesses almost everything to Fallon, who forgives him. The family hears from Paraguay that Steven has reappeared, however Sam is served with divorce papers. Fallon and Michael go to a reluctant Liam for his help in accessing Van Kirk files, which they hope will incriminate Max in the drug smuggling and keep Michael out of jail. The records are clean, but they create a paper trail that Fallon uses to coerce Nico Russo to not name Michael in his testimony. Cristal confides in Sam that she is pregnant. Blake discovers the pregnancy test and announces the news publicly, to Alexis's dismay. Jeff tells Fallon that Michael continued to work with Ada even after she gave him her blackmail material, and a devastated Fallon breaks off the engagement. She goes to see Liam, only to discover that he has moved on with another woman. Fallon is furious to find Sam kissing another man. Steven calls Sam, and tells him that he does not want a divorce after all. Cristal texts "M. Jennings" that her baby is Blake's and not his, but she is not actually sure.[2]

Blake: Believe me, there was no other choice.
Monica: You, Blake, should never start a sentence with believe me.

Sam: I guess that's what love is. Doing things you don't want to for people who don't quite deserve it.

Fallon to Sam: Don't you ever cheat on my brother.

Alexis: I will have you know that my work has been shown and sold all over metro Atlanta.
Anders: In which coffee shops?

Jeff: What was that song Mom used to sing to us when we were kids?
Monica: What are you talking about?
Jeff: Saturday morning, when she was cleaning the house, there was some song she'd sing.
Monica: You must be blacking out again, because that's not how I remember it. Mom didn't sing nearly as much as she yelled. 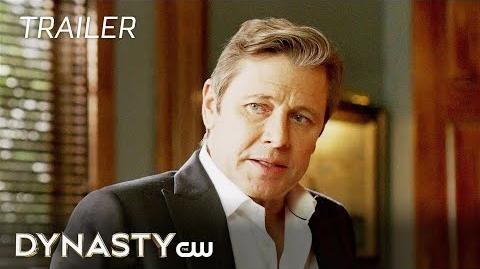